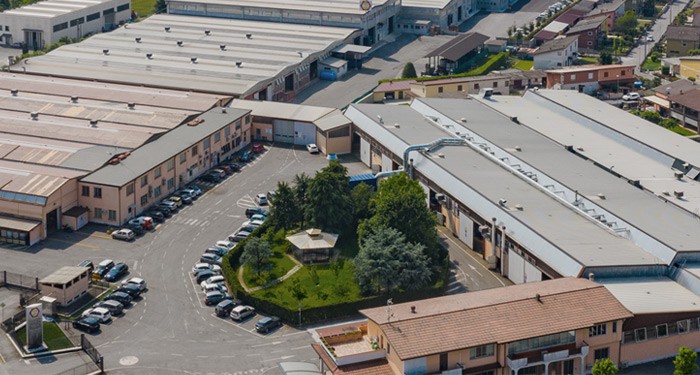 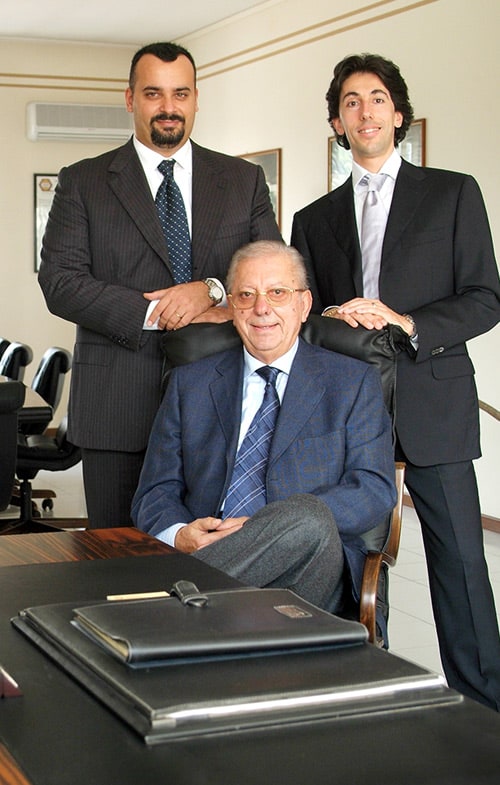 Nicola Pasotti, President, with (from left) Giorgio Pasotti, General Manager and Marcello Pasotti, Managing Director.
The beginning year of the Pasotti brothers', Nicola and Pietro, activity was 1954, which saw the centre of their family activity in Brescia processing turned fittings. But the birth year of the trade mark I.m.p. Industrie Meccaniche Pasotti is 1965, when also the installation of the production plant in the municipality of Pompiano took place.

The following years experienced a continuous expansion of the Company's production departments, being at present extended on an area of 30.000 covered square meters and counting on more than 200 employees. Being protagonist since its beginning in its own sector, starting from traditional turning workings, the Company succeeded in introducing the progressive cold-forming process, using a metallic wire.
Actually I.M.P.'s production focuses on a large-scale processing of out of steel made mechanical items, as fittings, hinge-pins, ferules and other items having different shapes, even complex ones.

The Company is specialized in the plastic deformation technique of steels, obtaining with the collaboration of its customer's design departments, finished parts, or almost finished parts, by the sole cold-forming process and reaching so an optimal compromise between functionality and economic convenience of the same parts.

This technology had been developed using multi station cold-forming machines, which offer the widest production possibility of parts in their most complex shapes obtaining, in different cases, a part that before that could result only from the assembling of different components among each other. The use of modern plants and qualified technical personnel allowed I.M.P. the achieving of complex objectives that represent the spur and the ambition of the same Company.
I.M.P. is certainly able to guarantee on millions of parts their constancy in terms of dimensions, processing degree, structural homogeneity and an optimal mechanical resistance and can also boast the absolute competitiveness of its components, which is acknowledged worldwide.
I.M.P. Industrie Meccaniche Pasotti Srl
Via Papa Giovanni XXIII, 22
25030 Pompiano, Brescia (Italy)
Tel. +39 030 9465159
Email: info@imp-pasotti.it
P.IVA e CF 03572170987 | REA: BS 03572170987
Capitale I.V. € 100.000,00
Cookies | Privacy
Web design: Studio Impronta
© I.M.P. Pasotti, All rights reserved